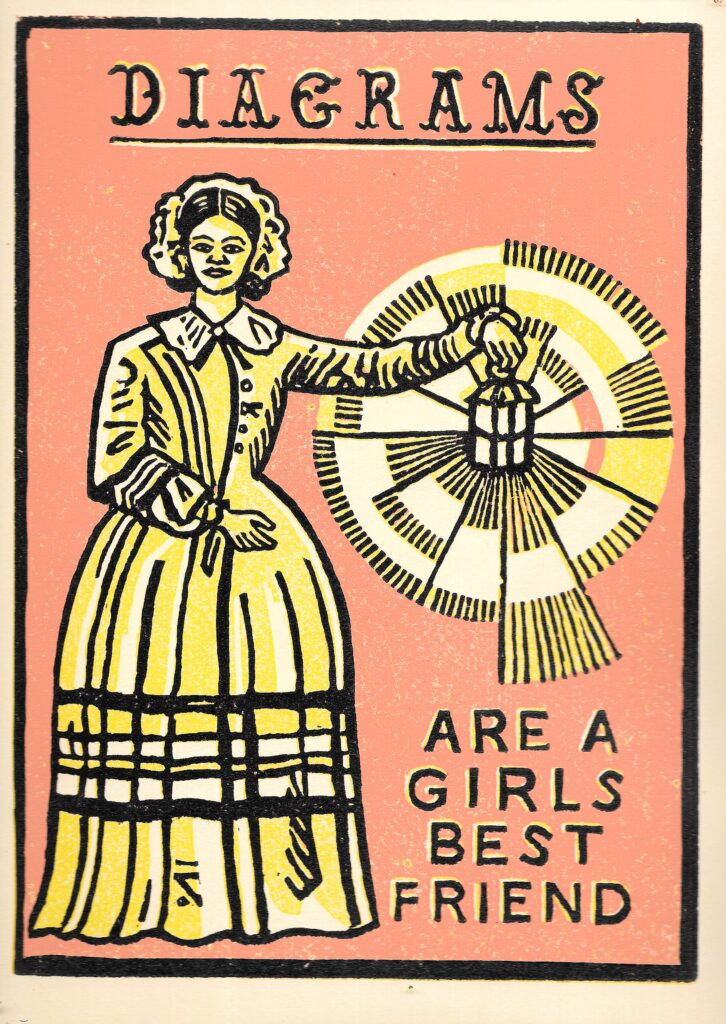 ‘Diagrams Are A Girl’s Best Friend’ succinctly and colourfully commemorates Florence Nightingale’s pioneering work as a statistician in the form of a new limited edition print.

Produced by Adam Dant, in anticipation of his collaboration with the University of Oxford’s Department of Statistics to promote public engagement with statistics and infectious disease epidemiology, funds from the sale of this special print will benefit the work of Oxford Hospitals Charity.

The print depicts Florence Nightingale with trademark lamp, the light from which takes the form of one of her ‘coxcomb’ graphics, a method of representing statistics which was developed by her to display data relating to the deaths of troops in The Crimean War.

In the midst of daily governmental briefings on the latest COVID-19 data and with work underway at Oxford’s Department of Statistics tracking cases and projecting future incidence, Florence Nightingale’s bicentenary comes at a grimly apposite moment. The light-hearted message of Adam Dant’s depiction of this Great Briton is intended to lift the mood and to re-enforce the truth that the discovery, analysis and understanding of information is key to triumphing over the unforeseen vicissitudes of life on earth. Most of which can be better understood with good diagrams.

Florence Nightingale has strong links to Oxford. She was friends with Benjamin Jowett, Master of Balliol College, and in their long correspondence Jowett discussed the foundation of a Chair of Statistics at Oxford in Nightingale’s name. They were each to contribute £2,000 towards the endowment but sadly the plan wasn’t realized during their lifetimes. 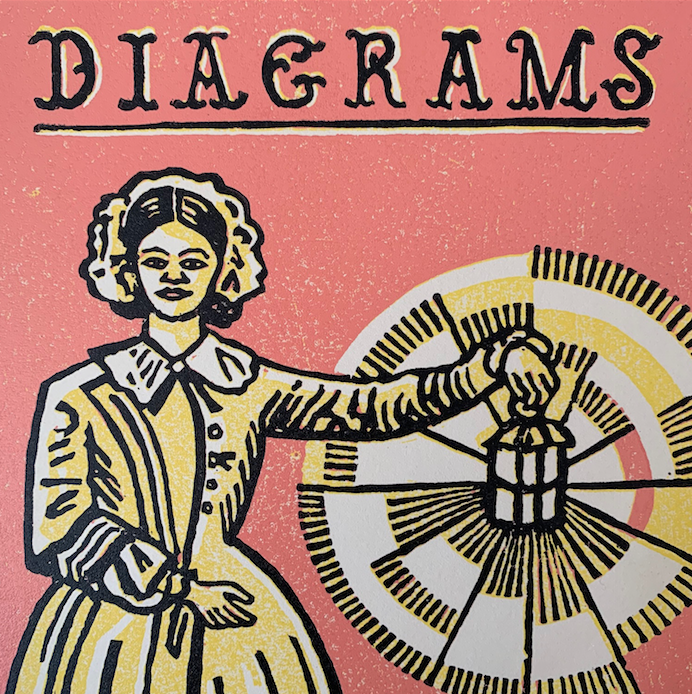 Close up of Adam Dant's 'Diagrams Are A Girl's Best Friend'

Priced at £125 each 'Diagrams Are A Girl’s Best Friend’ prints measure 31cm x 22cm and have been produced in a limited edition of 100. Common to Adam Dant’s unusual methods as a printmaker the medium for this particular three colour print was a piece of antique linoleum from the old Middlesex Hospital where Florence Nightingale worked as a nurse during the cholera outbreak in Broad Street, Soho in 1854. 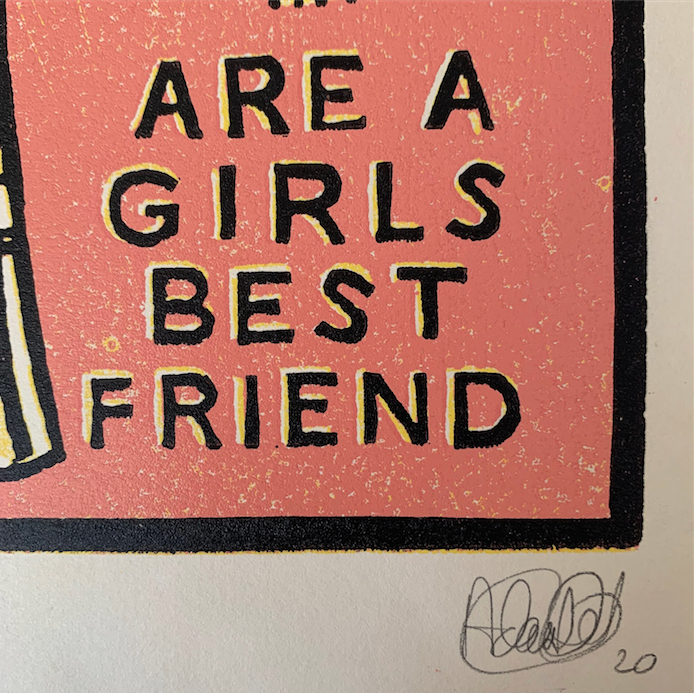 Adam Dant was born in 1967 in Cambridge. He studied Fine Art Printmaking at The Royal College of Art, HDK Berlin and MS University, Baroda, India.

He was a recipient of The Rome Scholarship in printmaking in 1993, The Jerwood Drawing prize in 2002 and was appointed by parliament as ‘The Official artist of the 2015 UK General Election’.

From his studio by the walls of the City of London he has gained wide renown for his epic narrative ink drawings and ‘mockuments‘ which detail the myths and status of London’s Financial and historic heart.

Adam Dant’s work is exhibited internationally and is in the collections of Tate Britain, MOMA, New York, Deutsche Bank, UBS, Musee D’Art Contemporain. Lyon, HRH The Prince of Wales The Museum of London and various other public and private collections.

In recognition of Florence Nightingale’s strong ties to Oxford, profits from the sale of these prints will support the work of Oxford Hospitals Charity www.hospitalcharity.co.uk This charity raises additional funds for Oxfordshire hospitals, including the John Radcliffe Hospital in Oxford, and is currently focusing much of its work on providing extra support for NHS staff tackling the COVID-19 pandemic. Its arts programme, artlink (https://www.ouh.nhs.uk/artlink) uses the arts to support the wellbeing of staff and patients.