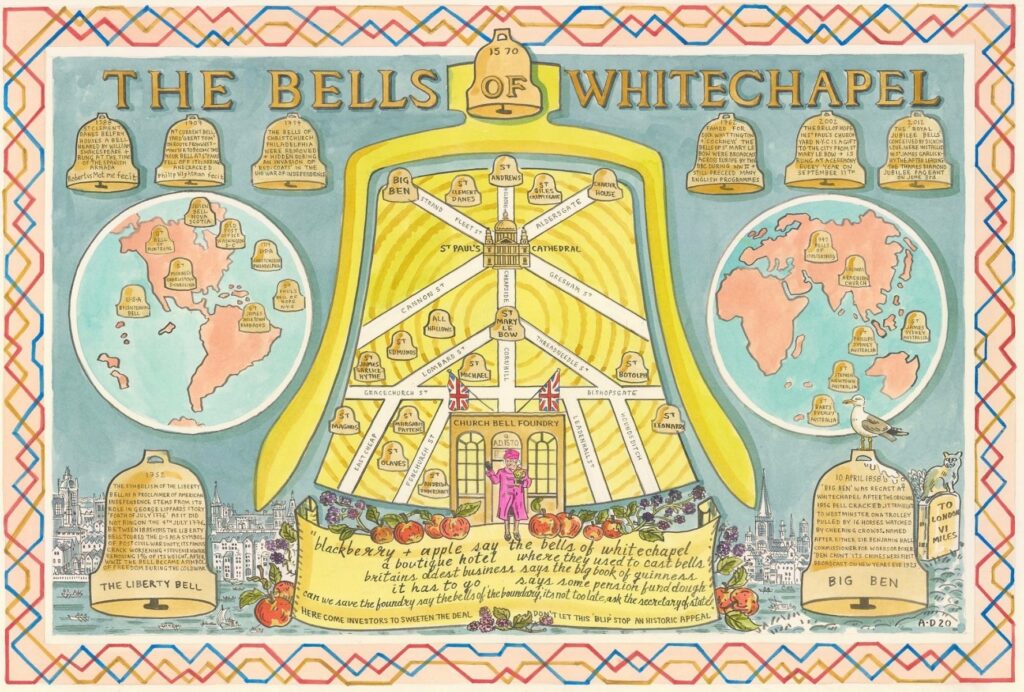 Adam Dant's brand new print 'The Bells of Whitechapel' with 50% of profits donated to the campaign to Save the Whitechapel Bell Foundry.

“My print shows the historic significance of Britain’s oldest manufacturing business, across the globe and as a part of the deep fabric of London’s culture and community.

From St Mary le Bow, Cheapside, whose peal famously bestows the status of ‘cockney’ and was broadcast across occupied Europe as a clarion of freedom and liberty during the war, the bells of the City churches ring out. Stories of famous bells, such as the Liberty Bell, are detailed around the border which is decorated with a bellringing diagram.

Beyond Big Ben and Great Tom, a map of the globe is dotted with locations of a few of the countless bells the Whitechapel Foundry has cast. Its history spans the reigns of twenty-seven monarchs. Elizabeth II is depicted on her 2009 visit to this celebrated Whitechapel institution, in existence since the reign of Elizabeth I.

‘Oranges & Lemons’ has been updated to sing out the threat to the Whitechapel Bell Foundry, being ignominiously transformed into a boutique hotel with bell casting reduced to the production of souvenir handbells in the lobby espresso bar.”

‘The Bells of Whitechapel‘ (55.9 x 76.2 cm) in an edition of fifty copies, each signed and dated by the artist. £250 with 50% of profits donated to Save the Whitechapel Bell Foundry.

‘The Bells of Whitechapel’ (55.9 x 76.2 cm) in an edition of ten copies, each hand-coloured, signed and dated by the artist. £550 with 50% of profits donated to Save the Whitechapel Bell Foundry. 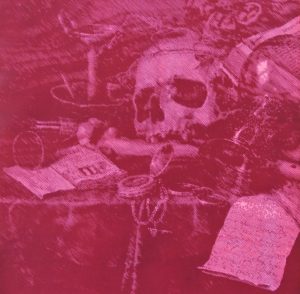