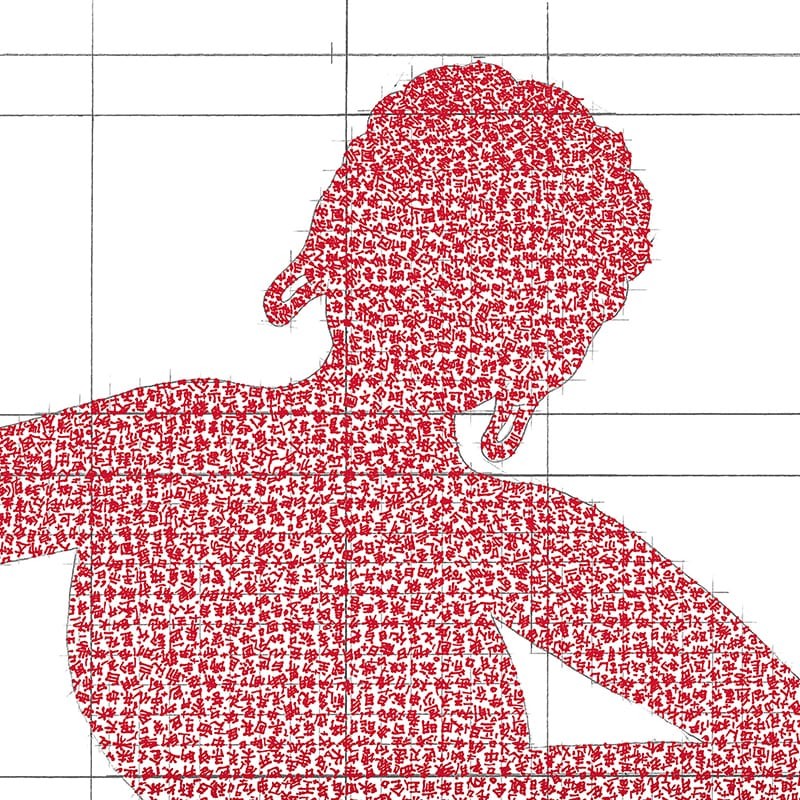 Gonkar Gyatso was born in 1961 in Lhasa, Tibet. He studied Fine Art in Beijing and finished his Master studies at Chelsea College of Art and Design. He is the founder of the Contemporary Tibetan art gallery and in 2009 was selected to take part in the 53rd Venice Biennial 2009.  His work has been published internationally and exhibited in galleries and museums throughout the world including The Metropolitan Museum of Art New York, The Chinese National Art Gallery (Beijing), and The Courtauld Institute of Art.

In celebrating the 20th anniversary of Asian Art In London, a globally recognised event promoting London's expertise in Asian art from antique to contemporary, Gyatso was commissioned to create ‘Grey Tara’.  Gyatso employs the use of a classical form, as the focal point of the work. This piece beautifully illustrates his fascination with material and pop culture, and is a fusion of modern consumer imagery, (emojis, pokemons, and Starbucks signs) with classical Oriental script.  On closer inspection, you might see that it is an indecipherable combination of Chinese and Tibetan characters, at times appearing incoherent, at others almost as a new language.

He pokes fun at modern times, even as he engages with contemporary concerns.  Gyatso brings his transnational experience to bear on his art, and while not overtly political, he is not afraid to allude to political themes. He explains that “just as the identity of my motherland, Tibet, cannot be separated from religion and politics, I think my own sensibility has been shaped by the undeniable bond between the two.”