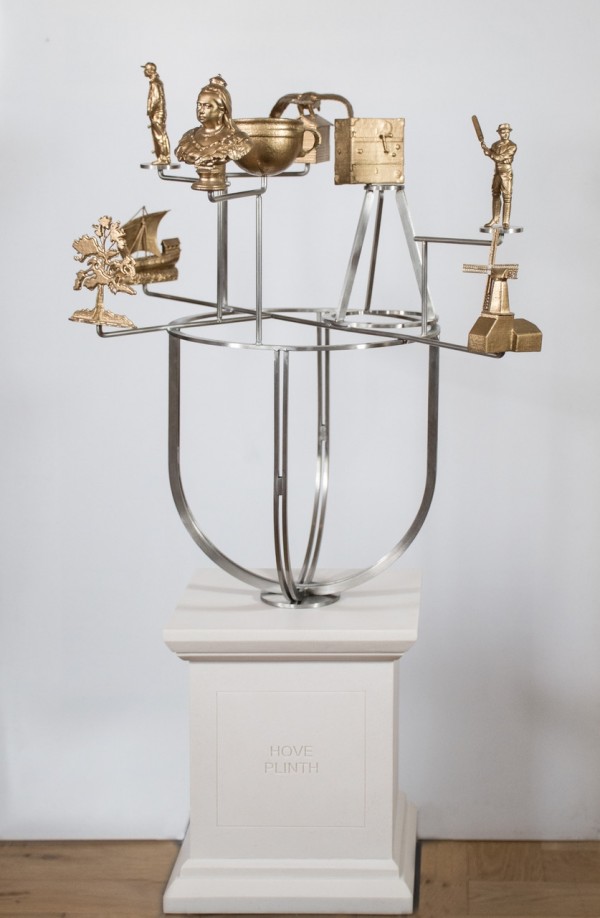 Jonathan Wright’s sculpture Constellation is already a well-known local landmark on the seafront at Hove, and is the first artwork to be installed on its new plinth.

Constellation was envisaged as a celebration of the community’s heritage, and is the artist’s creative response to the criteria of ’helping to reinforce a sense of place and identity’. The piece effectively puts Hove in its own solar system - Wright’s design has been described as part mechanical model of the solar system, part film camera and part ship’s compass.

The artist invited local residents to suggest ideas for Hove’s most famous and iconic features.  Thus, orbiting within Constellation’s ‘solar system’ are: Queen Victoria, a seagull, cricketer, skateboarder and an Elm Tree (amongst other objects).

Wright has produced a signed limited edition cast Carrara marble and stainless steel maquette of the original sculpture which is now available for purchase from our website. A percentage of each sale goes to support the Hove Plinth programme.

Wright was born in London, attended Middlesex Polytechnic and the Royal College of Art, and now lives and works in Folkestone.