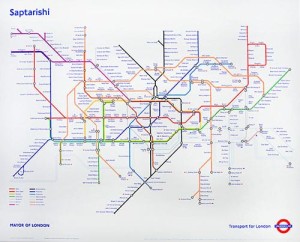 Featuring Simon Patterson's Saptarishi (a recent update of his iconic 'The Great Bear' commissioned by the London Transport Museum) to mark the 150th anniversary of the London Underground.