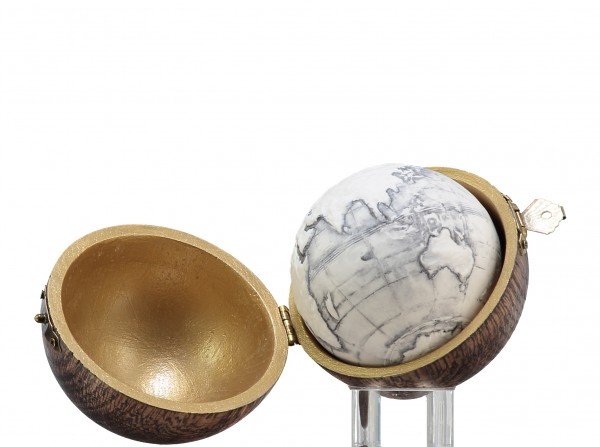 We are happy to announce that we have a new artist at TAG Fine Arts, Loraine Rutt.  Rutt has been making maps from clay for over 25 years.  Travel and maps have remained her primary influence. The focus of her one-off pieces has varied in scale from large architectural ceramics like Bellenden Map Terrace to encapsulating in porcelain the minute remote sensing data in the Mapping Space series. 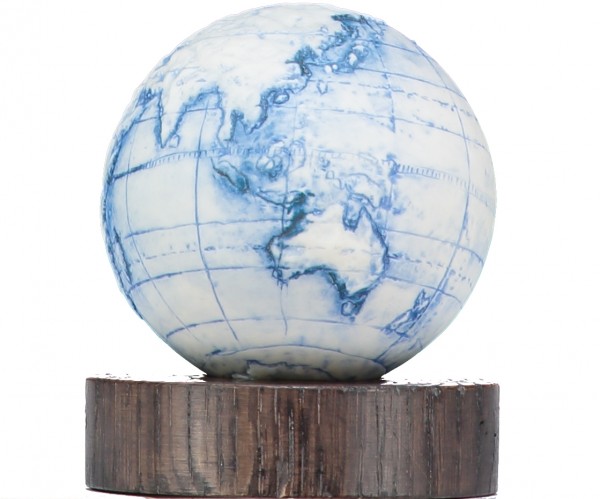 She has returned to making globes time and again, and The Little Globe Co has grown from an idea to recreate the Pocket Globes of the 18th and 19th century for modern collectors. Described by the Science Museum as ‘Gentleman’s Novelties’, these tiny globes were beautiful, highly detailed miniature worlds that could literally be held in one hand. Focusing on the relief detail, Rutt has developed a range of tiny porcelain globes at a scale of 1:170 000 000 that can be mounted and rotated in little oak cases, contemporary Pocket Globes.