The Mother of Parliaments: Annual Division of Revenue 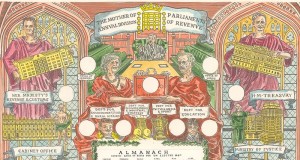 Our Modern Day Hogarth Adam Dant has produced a commissioned work 'The Mother of Parliaments: Annual Division of Revenue' for the exhibition 'Glorious Years: French Calendars from Louis XIV to the Revolution' at Waddesdon Manor. 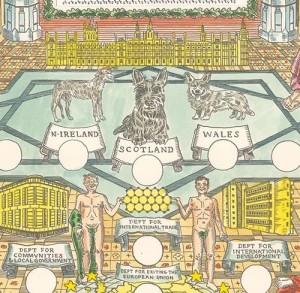 The exhibition consists of rare calendars (named 'almanacs') dating from the 17th and 18th centuries.  In response to this, Dant has created an almanac styled calendar replacing the traditional French Kings with the modern politicians in British parliament.  The blank roundels in the print have been left blank for the owner to pencil in the annual government budget from year to year.

The print of Dant’s almanac and the original drawing will be exhibited from 22nd March – 29th October 2017.  Waddesdon Manor is open from 12 – 4pm Wednesday to Friday and 11am – 4pm at weekends.