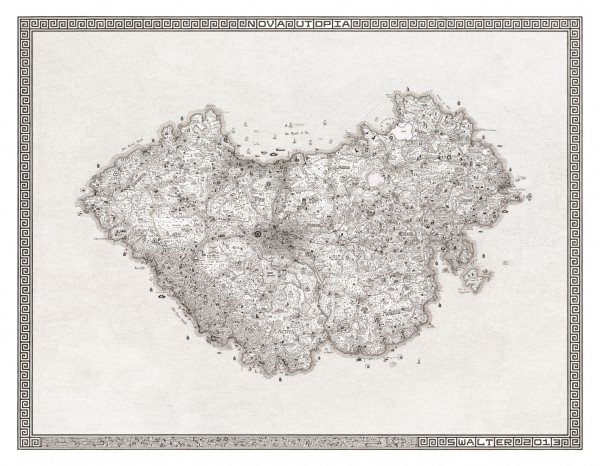 Nova Utopia is a modern fictionalisation of Thomas More's 'Utopia'.  The map of the island is inspired from the flemish cartographer Abraham Ortelius, who produced a drawing of his utopia in 1596.  Stephen's Nova Utopia is an island consisting of 54 towns within 10 regions from Munus which holds 'Castillo Aire' the financial district to Temor, having the beautiful Jasmundi National Park for all to enjoy the outdoors.  The border around the island has a key allowing the viewer to identify certain activities or places of interest on the map.

At Shapero Modern, the piece will be on display behind a hagioscope frame.  The frame is a panel covering the entire piece with a movable magnifying glass and LED light enhancing the detail of the island.